Our people are our greatest strength

It’s no coincidence that People are our number one value. We seek the best talent globally to help deliver for our clients. 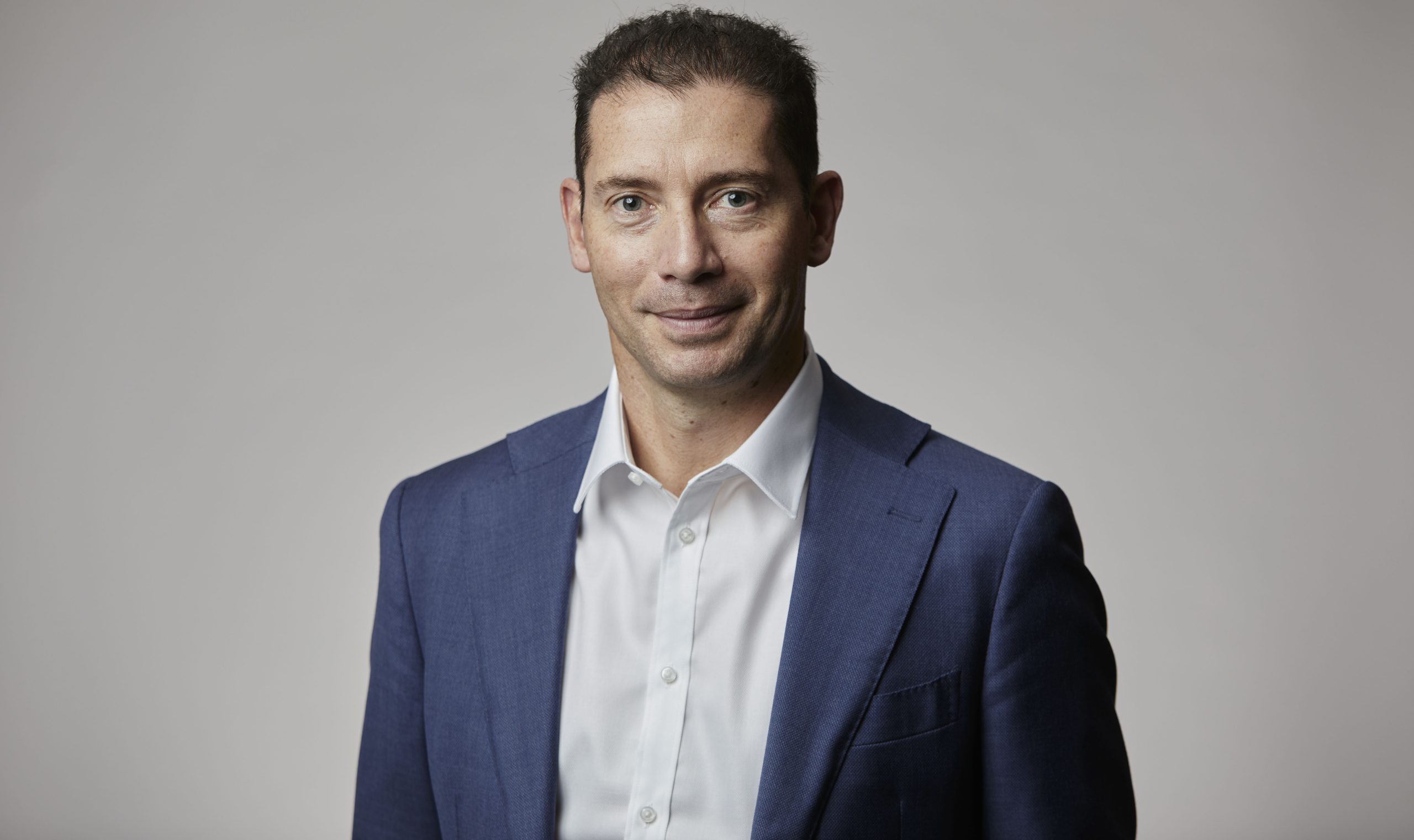 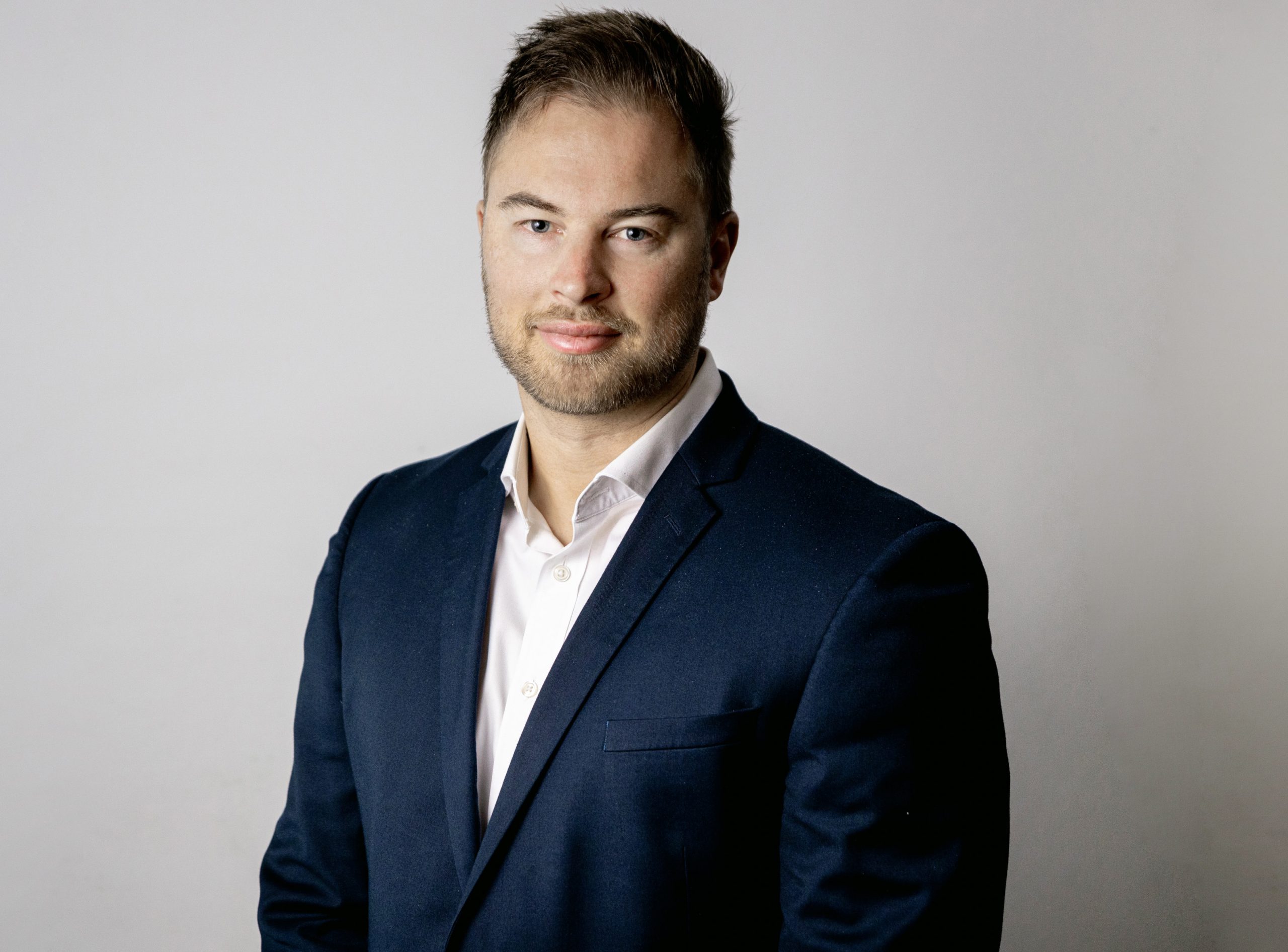 Head of Communications and Marketing 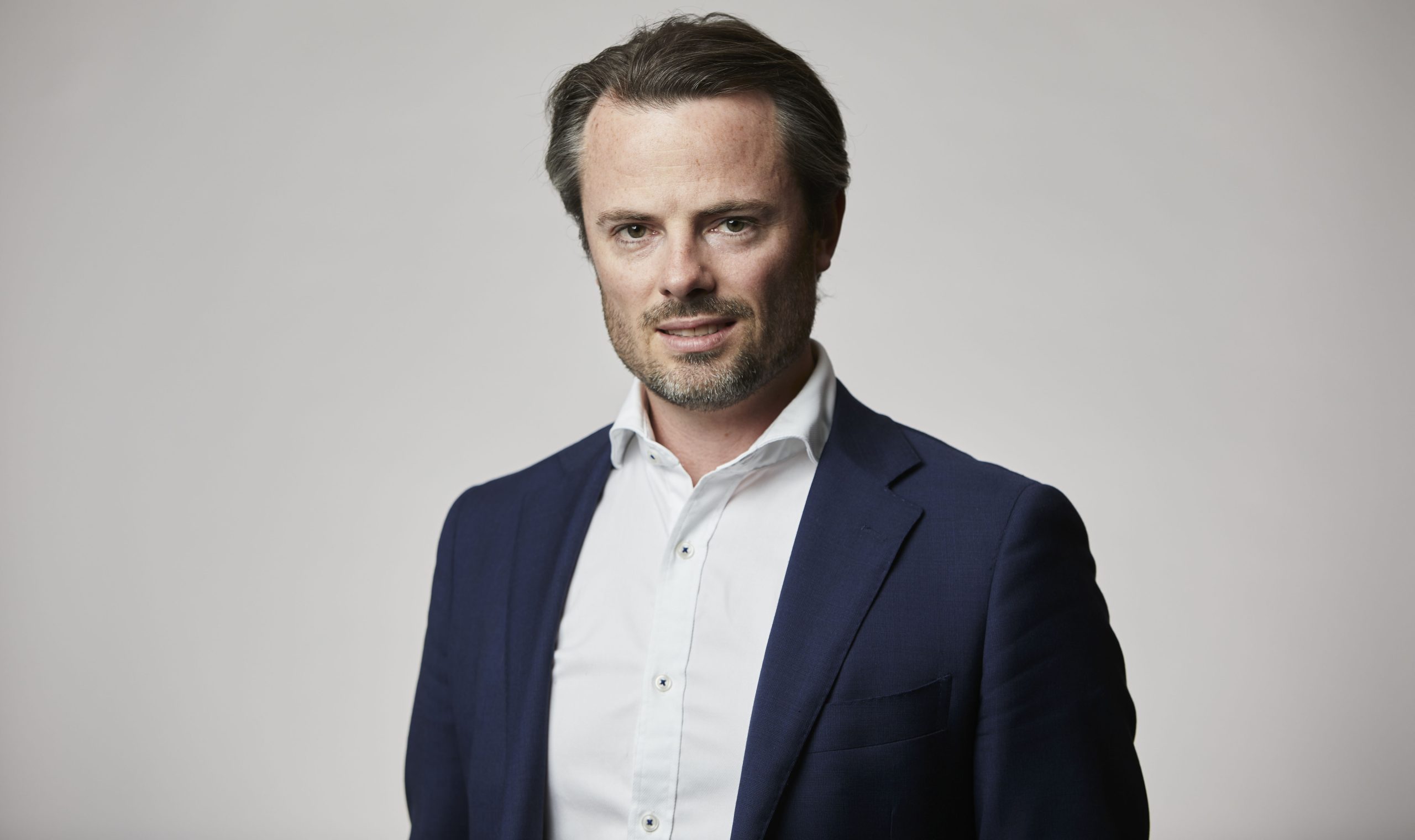 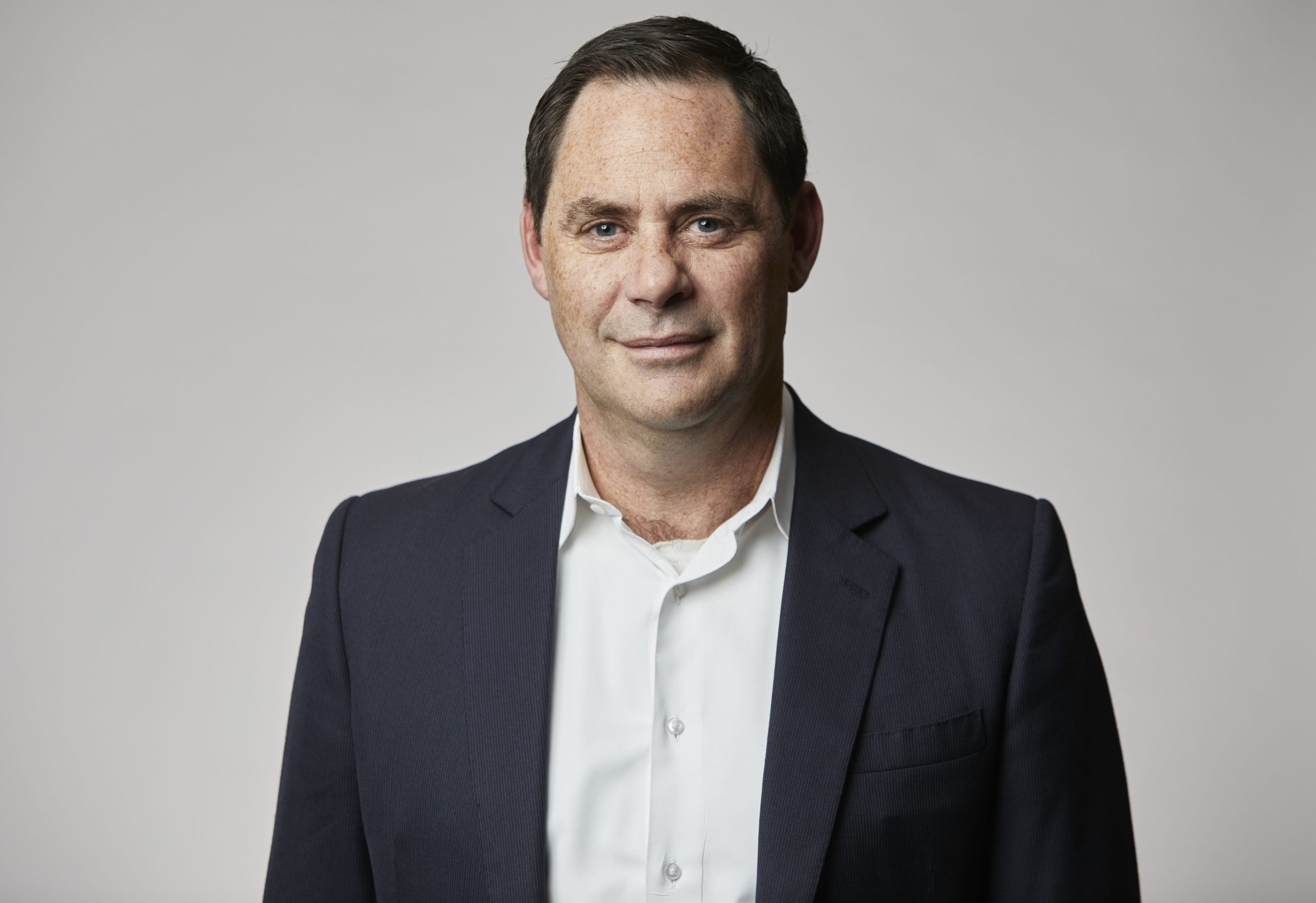 Head of Communications and Marketing

Al joined Talaria in February 2020 looking after communications and marketing.

Prior to this he worked for over 10 years at National Australia Bank in communications, heading up a Digital and Creative team focussing on video, social and cloud-based services and content, including helping leaders improve their on-camera presence.

He has worked in news, film, tv and corporate content production for large organisations and start ups.

He has a masters (Film and Television) from VCA, a BA in arts from Melbourne University, and a Grad Dip from RMIT in Professional Writing.

Joel is Director – Sales (VIC, SA, TAS) and one of the founders of Talaria Asset Management. He has over twenty years of experience in global investment markets with roles including portfolio management, corporate finance, risk analysis and distribution.

Prior to Talaria, Joel was a co-founder of private investment firm Wingate and commenced his career as an investment banker at Merrill Lynch. Joel holds a Bachelor of Commerce and a Bachelor of Economics, is a Fellow of the Financial Services Institute of Australia and a CFA Charterholder.

He has over 6 years experience within the funds management industry beginning with Colonial First State and more recently at AMP Capital supporting their adviser distribution division.

Mitch holds a Bachelor of Business in Finance from the University of Technology, Sydney and is also Certified Investment Management Analyst (CIMA®).

Prior to Talaria, he worked for over 6 years at Barclays Private Bank in London in a range of roles covering product, sales and marketing, and advice. More recently, Sam was at MLC Asset Management supporting their adviser distribution division.

Sam holds a Bachelor of Commerce from the University of Wollongong.

Rhys began with Talaria in November 2020 as General Manager – Business, before taking on the role of COO and General Manager in 2021. Prior to joining Talaria, Rhys spent 15 years at Bank Of America (formerly Merrill Lynch) where he held a number of roles including since 2013 as the Chief Operating Officer of Australian Global Markets & Southeast Asian Equities. Rhys’ Global Markets remit consisted of Equities, Derivatives, Fixed Income, FX & Futures. He spent the earlier part of his career working in various trading roles as well as leading equity operations teams.

He has a Master of Business Administration (MBA)

Peter joined Talaria Asset Management in 2016 as an analyst with 7 years’ experience in financial services.

Peter commenced his career at Mercer within Corporate Finance and progressed through a variety of roles including Fund Accounting, Risk Analysis and Performance Analytics.

Prior to joining Talaria, Peter was responsible for investment performance and attribution analysis on Mercer’s Funds for internal consultants and external clients.

Peter holds a Bachelor of Commerce and Masters of Applied Finance from Monash University and has completed the CIPM Professional Level.

Jamie is the Chief Executive Officer of Talaria Asset Management.

He has held a range of senior roles in the global asset management sector including four years at Deephaven Capital Management, a US based multi-strategy hedge fund, and most recently was a founder and Partner at Tyrus Capital, a Europe based multibillion-dollar investment firm managing global equities funds.

Jamie holds a Master of Engineering (MEng) from Loughborough University in the UK.

Stuart has 12 years of industry experience, having joined Talaria in 2008 after working as a lecturer and tutor at the School of Mathematics & Physics, University of Tasmania, for four years. His role at Talaria includes equity research and quantitative analysis.

Stuart is the author of the paper “Performance Attribution of Options” published in the Journal of Portfolio Management. This paper examines three different methods that can be used in analysing stock options in Brinson-Fachler attribution analyses; one of which has been developed at Talaria Asset Management.

Stuart holds a Ph.D. in Theoretical Physics and a Bachelor of Science degree in Physics and Maths, with First Class Honours in Physics, from the University of Tasmania. Stuart is a Chartered Financial Analyst Charterholder.

Chad is the Co-Chief Investment Officer and founder of Talaria Asset Management (previously Wingate Asset Management). He has more than 20 years’ experience in the financial services industry in the UK, South Africa and Australia.

His experience includes working as an analyst in the treasury department at HSBC Bank in London, in derivative reporting and analysis, and as an equities research analyst at First National Bank in South Africa.

In 1998 Chad co-founded Aurica Financial Services in South Africa, a private client asset management company. In 2001, this was sold to Anglorand and Chad moved to Melbourne where he joined AXA Asia Pacific in 2003 in the role of investment specialist in equities and fixed income.

Chad’s views are regularly sought by the financial media with his comments appearing in The Australian Financial Review, The Age and Sydney Morning Herald. Chad has also made several appearances on ABC television’s The Business.

Chad holds a Bachelor of Commerce from University of the Witwatersrand (South Africa), is a Fellow of the Financial Services Institute of Australasia and is a Chartered Financial Analyst charterholder.

John joined Talaria in October 2019 as a Global Equity Analyst.

John is a CFA Charterholder and qualified Chartered Accountant who has demonstrated a passion and commitment to analysing financial statements for the benefit of clients. In his role as a Senior Accountant at Ernst & Young, John led a team that provided risk management and financial statement assurance services to a wide range of asset management, insurance, banking and capital market related clients.

His long-term passion for equity markets and stocks led John to join Diogenes Research in 2015 as an analyst responsible for fundamental, in-depth financial statement analysis of global equities tasked with identifying new investment opportunities and maintaining a core coverage list.

In addition to his CFA and CA qualifications, John holds a double degree Bachelor of Commerce (Accounting, Finance)/Bachelor of Economics (Economics) from Monash University.

Hugh is the Co-Chief Investment Officer and Head of Research at Talaria, having joined the business in 2016.

He began working in international equity markets in London in 1999 covering a range of global industries and sectors at Kleinwort Benson and Goldman Sachs, where he was consistently recognized by the likes of Institutional Investor, Greenwich Associates and Thomson Extel for his work.

He subsequently joined the international equities specialist TT International where he was part of the six-person team responsible for managing the firms long only Institutional Funds.

Max joined Talaria as an Investment Analyst in February 2020 as part of the investment team.

Max has more than 30 years’ experience working in financial services, most recently as a partner in Willis Welby, an independent research provider that he co-founded in 2009 giving advice to UK and US based institutional investors in global equities.

Max has also worked at leading UK, European, and US investment banks in equity sales, research, trading and management.

He has an MA in English Language & Literature from Oxford University.

Stefan joined Talaria in January 2022 as a global equity Analyst.

He started his career at BlackRock’s Financial Markets Advisory team in London. In 2014 he joined Redburn Partners, an independent European equity research provider, where he worked as a sell side research analyst performing fundamental, bottom up analysis on European financials stocks.

After taking a year long career break in 2019 and prior to joining Talaria he worked at one of the largest Australian Charitable Trusts based in Melbourne as an investment analyst. His focus was on investing the Trust’s corpus in renewable energy assets and start-ups across Australia and Asia.

Stefan holds a BA in Economics from Illinois Wesleyan University and an MA in International Economics and Finance from Brandeis University in the US. He is a CFA Charterholder.